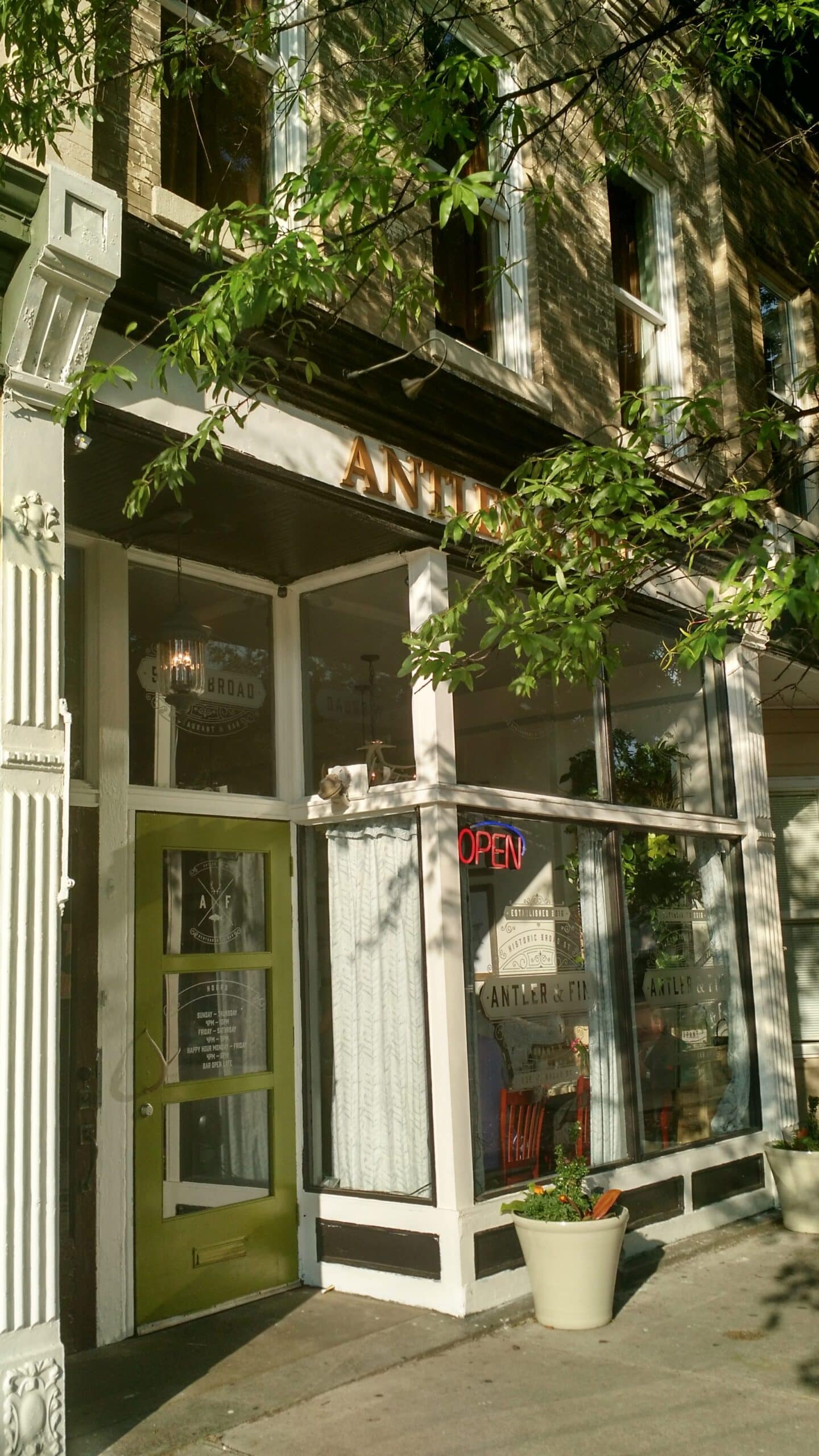 This large, one bedroom apartment is located in the Arts District, steps away from VCU, Jackson Ward, and all of the boutique shops, art galleries, and award-winning restaurants that give this area its character! A new upscale, casual restaurant, Antler & Fin, was just announced to open in a few months just below this beautiful apartment.

There is a HUGE living room/open kitchen with tall bookshelves built into the exposed brick wall.

The bathroom has both a jetted tub AND a large shower stall with multiple shower heads.

The rear patio deck looks out over Jackson Ward and is attached to the rear office/study/small second bedroom.

There are two designated parking spaces in an off-street lot for you and your guests adjacent to the building.