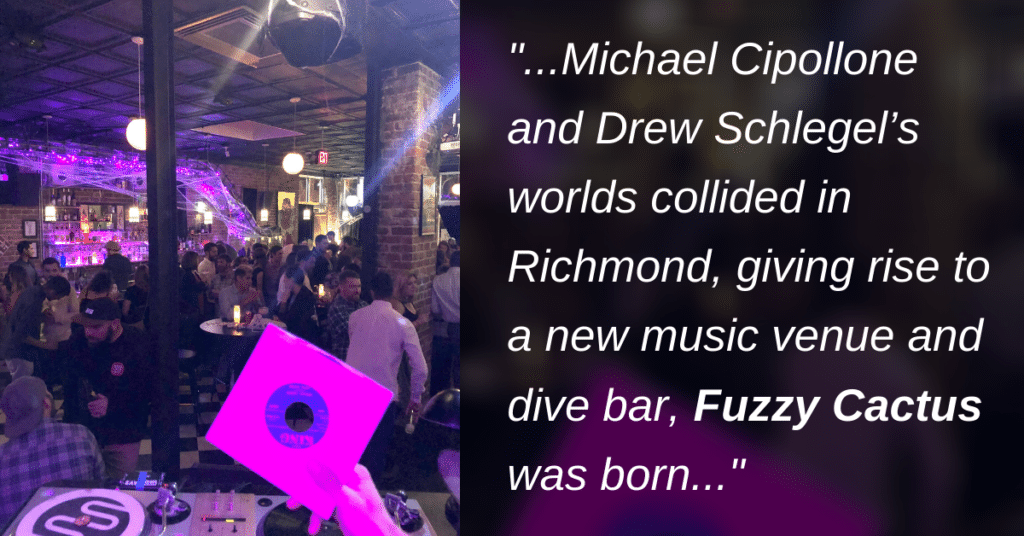 What happens when a musician from Ohio and a music enthusiast from Texas bond over the shared experience of artistry, touring and western dive bars? Michael Cipollone and Drew Schlegel’s worlds collided in Richmond, giving rise to a new music venue and dive bar, Fuzzy Cactus was born.

“It started as a conversation, and after a while I was ready to move on from [my previous place of work.] I wasn’t sure what I was going to do, but I wanted to remain independent and work for myself. So, I started kicking around the idea of opening a music venue and bar.”

Location was an obvious concern for the business partners. Drew had built up relationships in the RVA food and beverage community as a bartender, and these friendships spurred a meeting with Sperity Real Estate Ventures.

The Sperity Team came on board as knowledgeable allies and guides which the Fuzzy Cactus partners needed. Michael and Drew were looking in Brookland Park, but at the time there was nothing available that fit their needs. They eventually found a spot in trendy Scott’s Addition.

“We signed the lease, and we thought the place was ours, but the property management company decided last minute to move forward with someone else,” Michael said.

Although it was devastating in the moment, the fall through became a blessing in disguise. Their first choice of location, Brookland Park, had a building available that could work for them. Veronica swiftly arranged a meeting with the landlord’s agent and the rest is history. 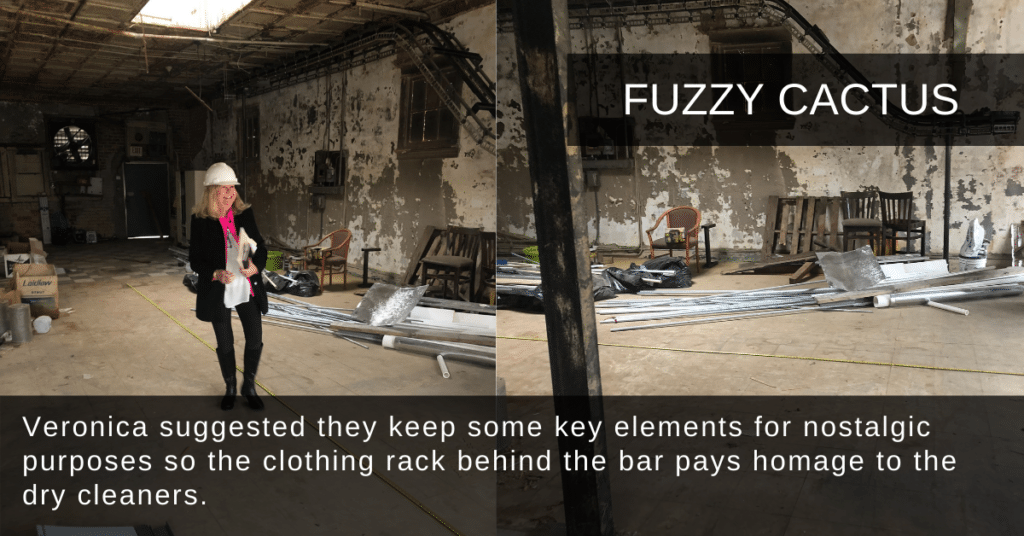 The 3100 square foot space has multiple perks that contributed to a favorable community reception. The memories the location held for denizens of Brookland Park proved to be one of the most noteworthy. The space used to be a dry cleaners and during the buildout, neighbors would come in with fond anecdotes of the old business in its prime. Veronica suggested they keep some key elements for nostalgic purposes so the clothing rack behind the bar pays homage to the dry cleaners.

It also helped that the Fuzzy Cactus team was allowed creative freedom by the landlord. The modern-retro interior transformation was the final touch to give the space an aesthetically unique edge. 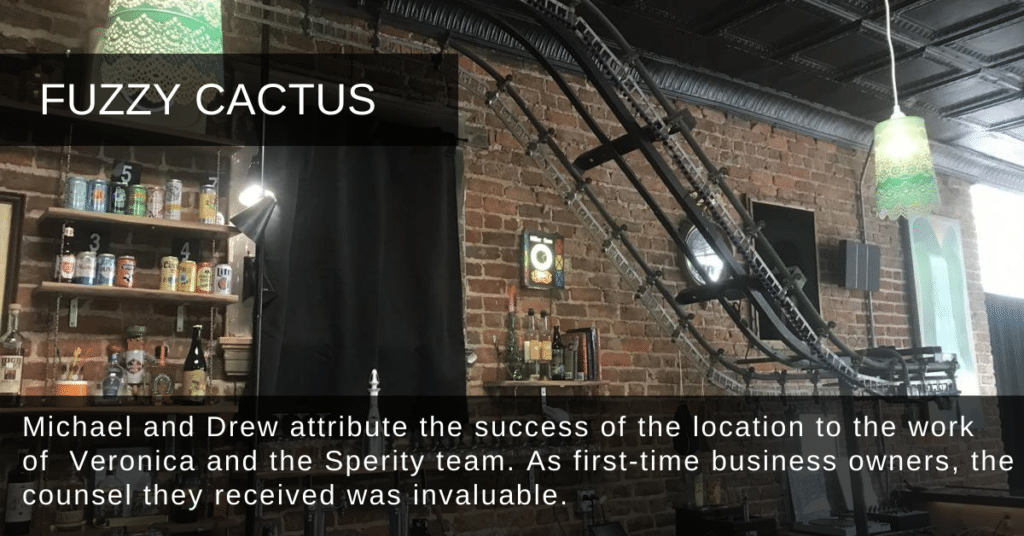 Michael and Drew attribute the success of the location to the work of  Veronica and the Sperity team. As first-time business owners, the counsel they received was invaluable. Veronica and Robb’s rallying behind the Fuzzy Cactus vision reassured them and left a lasting impression.

“It seemed like everybody that we worked with over there was somebody we could have a conversation with from all walks of life. It was pretty comforting.” 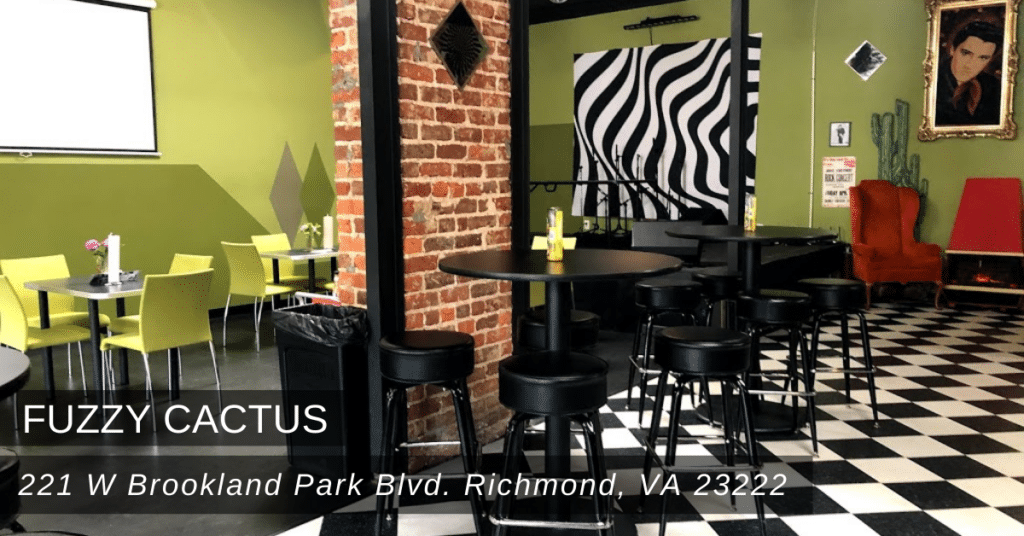