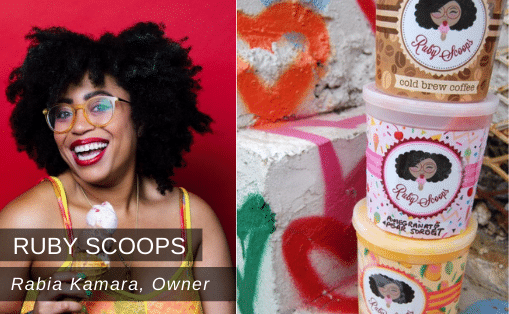 The fond memories Rabia Kamara held on to from her childhood have a common, sugary theme: ice cream. Now, she wants a space for others to create memories.

After applying to law school upon graduating from Virginia Commonwealth University, she realized this was not her path to happiness. Instead, she attended L’Académie de Cuisine in Maryland and garnered eight years of restaurant experience. 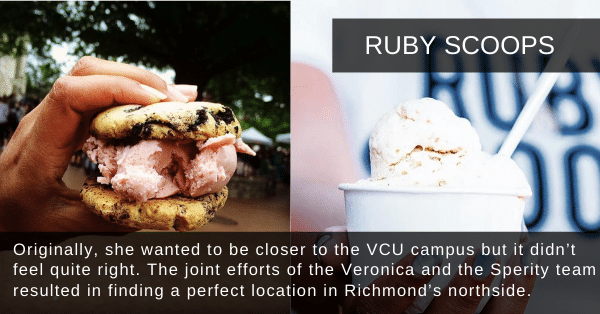 With the intention of opening her own shop one day, Rabia began exploring her dream while living in DC, making desserts for various restaurants.

With a competitive real estate market in DC, she decided to look at Richmond where she held fond memories of college. A friend connected her to Sperity Real Estate Ventures.

Originally, she wanted to be closer to the VCU campus but it didn’t feel quite right. The joint efforts of Veronica and the Sperity team resulted in finding a perfect location in Richmond’s northside. 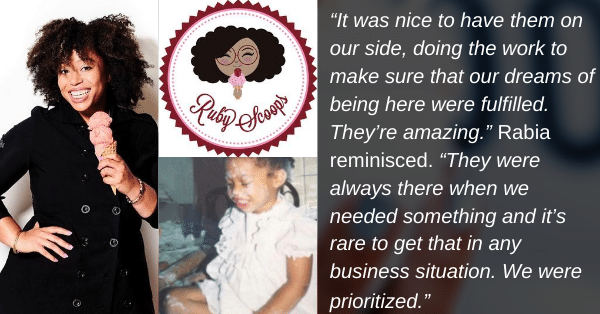 After looking at several possibilities, one of which would require extensive renovations, Sperity found a location a few blocks away at 120 W. Brookland Park Blvd, on the same block as other food joints including Ms. Bee’s Juice Bar and Ninja Kombucha. The community reception met and exceeded Rabia’s expectations.

Emmett Wright joins Rabia in opening Ruby Scoops. They met rather serendipitously at a panel on women-owned ice cream businesses, as Emmett was interested in opening their own ice cream shop, too. Emmett also enjoys fond childhood memories that center around ice cream, and had found themselves producing ice cream at Helen’s, perfecting a dairy-free ice cream to serve friends in the community.

When the shop opens, expect prepackaged pints and sandwiches, vegan desserts and  milkshakes to-go. Once restrictions are loosened, handcrafted sundaes and custom cookies will be added to the mix. In the meantime, you can support Ruby Scoops on Kickstarter and find her at local pop-ups around the Richmond area.

“It was nice to have them on our side, doing the work to make sure that our dreams of being here were fulfilled. They’re amazing.” Rabia reminisced. “They were always there when we needed something and it’s rare to get that in any business situation. We were prioritized.”